The removal of the wooden mantelpiece took a fair bit of reconnoitering. My dad and I took off the front firebox surround and that allowed us to get some tiles removed. I was a little surprised to see how the tile came out. They were actually in panels, one on each side and a long panel on top. We lost some of the tiles when we took the panels off, but the side panels remained fully intact and we were able to salvage many of the loose tiles as well. After getting the tile panels out we were able to see the brackets which held the mantel in place. Essentially the mantle would need to be lifted, at least somewhat, to be clear of the brackets. 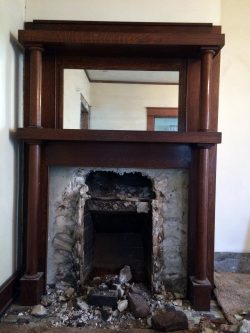 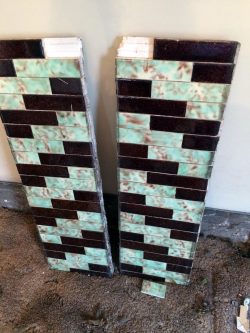 We knew that we’d need reinforcements for that part and so my brother and Chris’ brother-in-law came to offer a little more muscle. They worked at it for quite a while, prying one end away from the wall and using a flashlight to see how the top was attached. After removing the baseboard that was holding part of the base in place, they got it free! And without any damage at all! 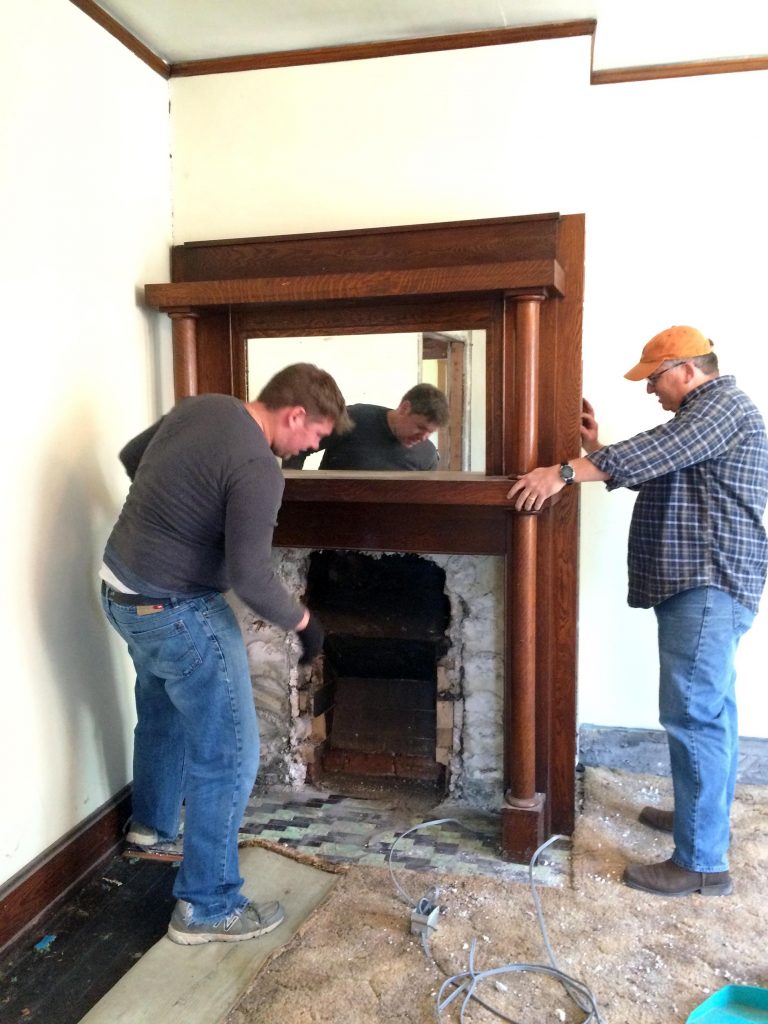 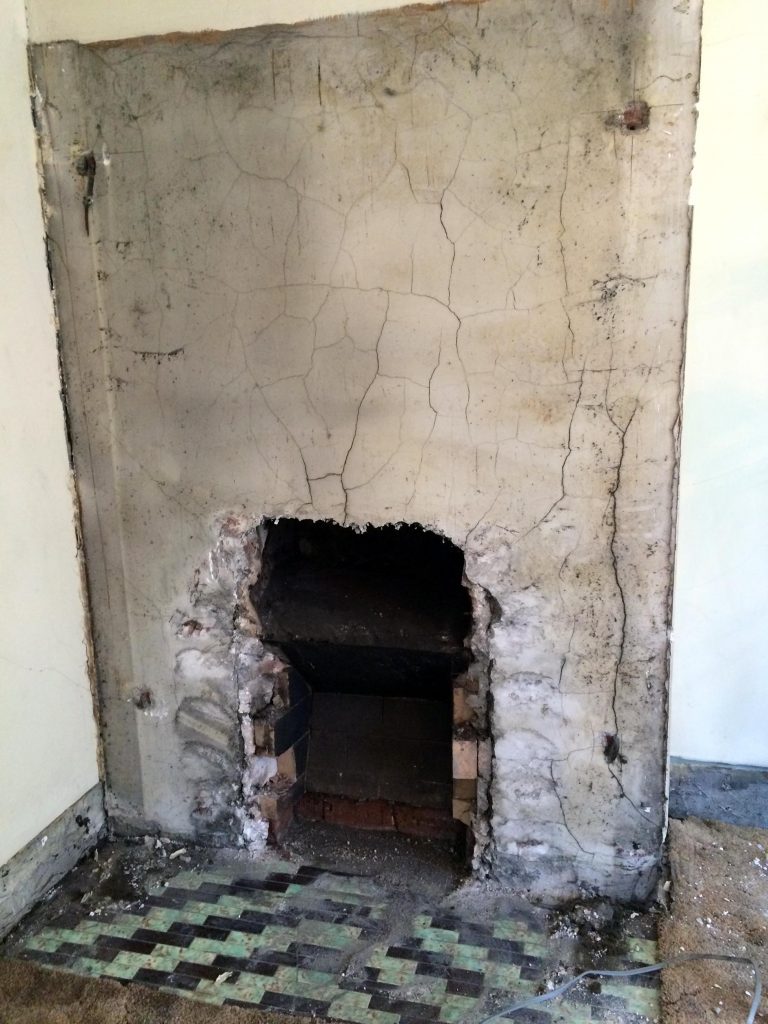 We also made a really cool discovery. On the back of the mantle is an original order ticket! I haven’t decided yet if I’ll carefully remove this and frame it. It details the location for the order as “East Milford” and I love the beautiful handwriting. 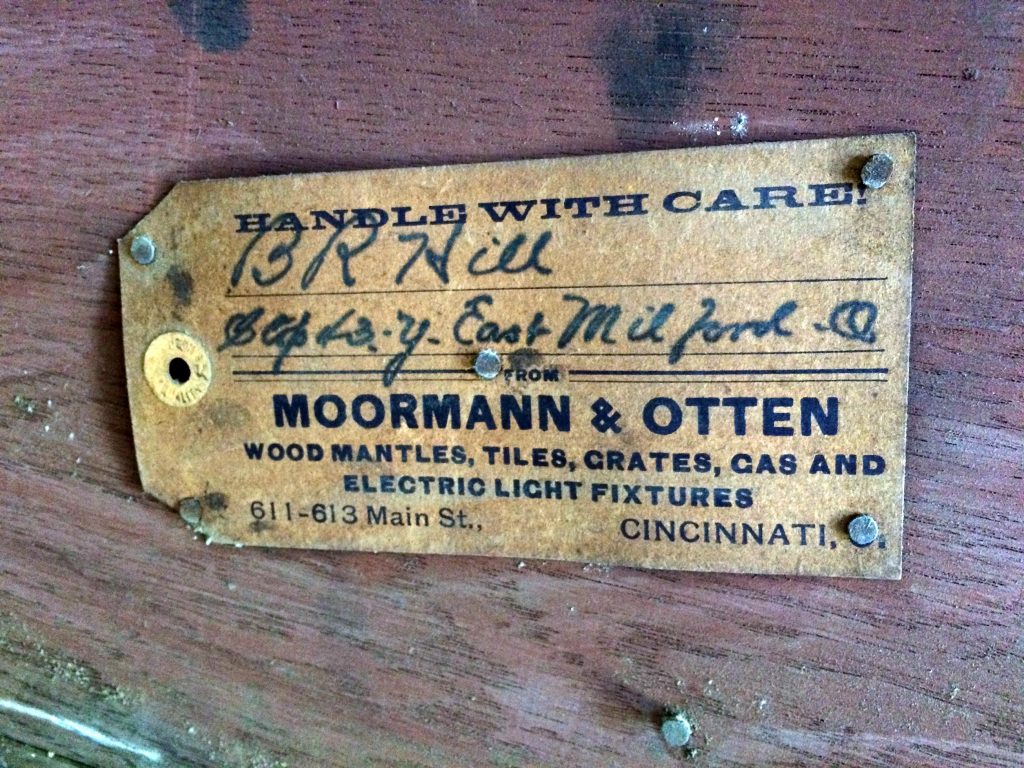 I did a little sleuthing about the company that provided the mantle and found this old advertisement from 1911. I can’t seem to find very much information about the span of years when the company was in business in Cincinnati. 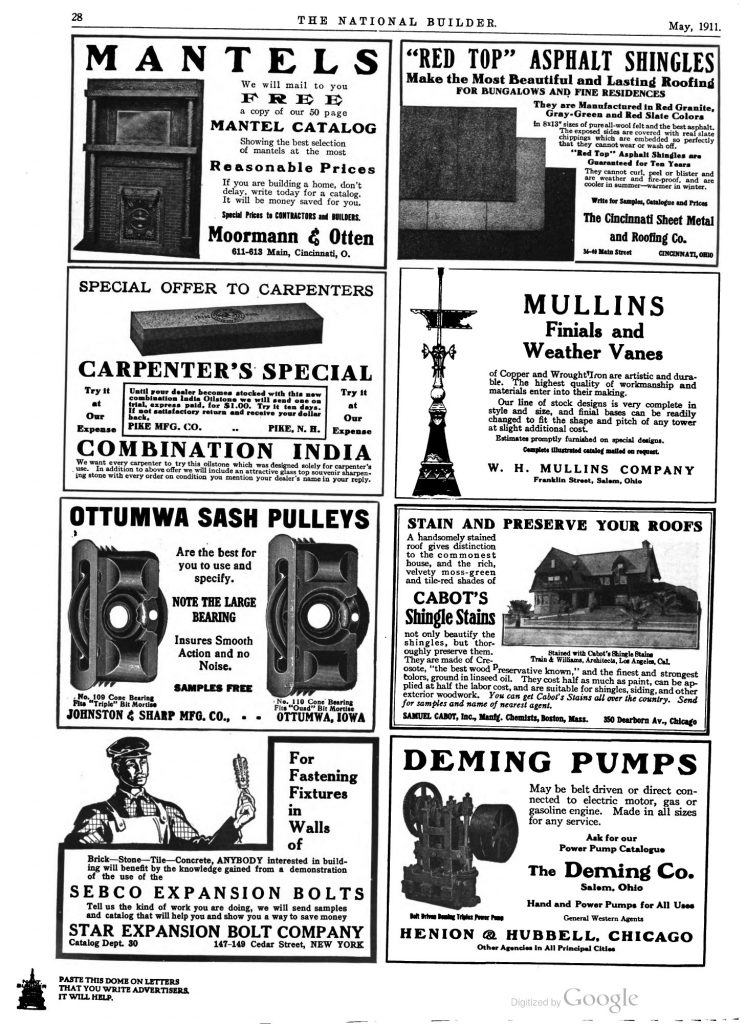 After the successful removal of the mantle, my brother and I got to work attacking that old animal hair plaster! The cracked portion which was hidden behind the mantle, was easiest to remove. And when I say “easiest,” I mean it only took 1 hour to remove a 2×2′ section as opposed to 2 hours to remove a similarly sized section above the cracking!

When removing old plaster from brick, we have found that the best way to remove the plaster is with a large chisel and a hammer. You want to slide the chisel so that it rests flat against the brick and hammer parallel to the brick so as not to gouge or otherwise damage the fragile brickwork behind the plaster. This takes patience but no particular skill. After working for several hours we had made it about 3/4 up the brick. The brick is beautiful, just as I was hoping it would be! There will be a bit of tuckpointing needed, but not much. I love seeing the oddly shaped pieces of brick worked in here and there as I’m sure the original masons never expected for their work to be on display! 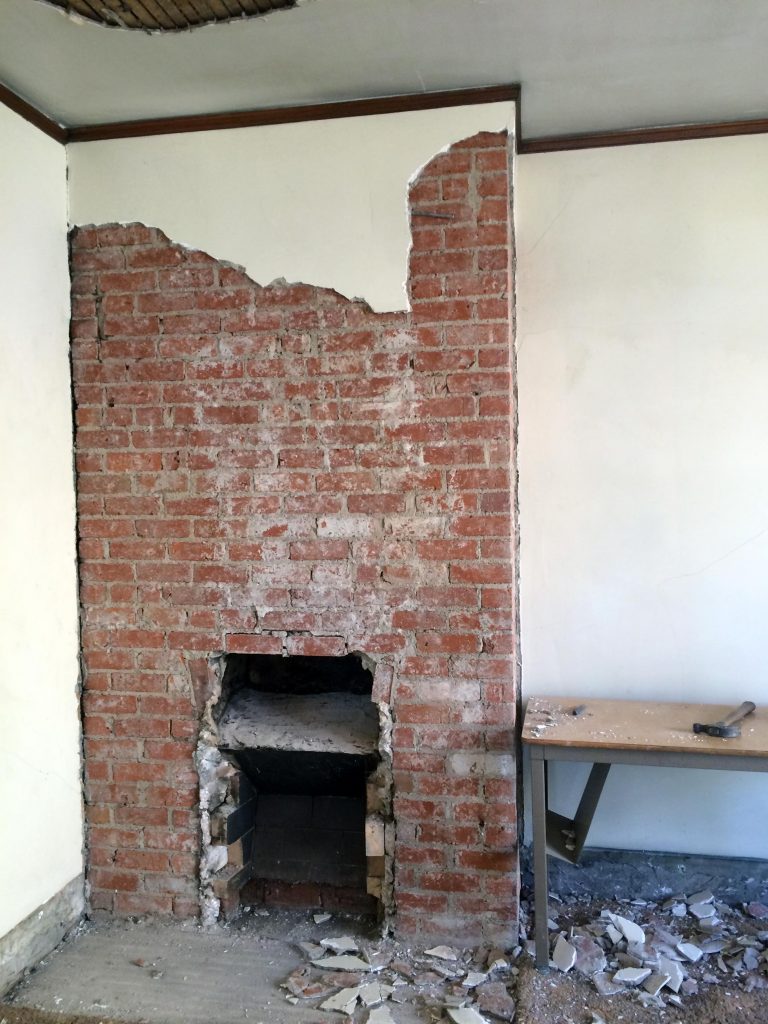 Be sure to stop back soon for an introduction to our restoration company. That wall will be first on their list!