I have had a fascination with houses, interior design/decorating and interior design problem solving ever since I was a little kid. I played Barbies for years, but instead of really playing with the dolls, I spent hours turning my entire bedroom into a rambling floor plan. I once spent an entire visit to my Grandparents’ house building a Barbie house for my cousin out of a collection of boxes. I dearly wish I had a photo of that house! It even had a bathtub, a sink and toilet constructed of cardboard boxes, (pretty clever, if I do say so myself!) My Grandma even gave me some old washcloths to make mini versions of bath towels, perfectly sized for my cousin’s Barbie dolls.

Most of my doodles involved floor plans of some kind, and by the time I had my first apartment, my collection of torn-out magazine pages had gotten a little out of hand. (Pinterest has resolved that issue, Thank you, Pinterest!)

I love solving problems and much of what I do with my Harmonized Home clients is help them brainstorm solutions to common design challenges.

There are several design challenges with our new house, just as in any house. One of which needs to be resolved during demo. 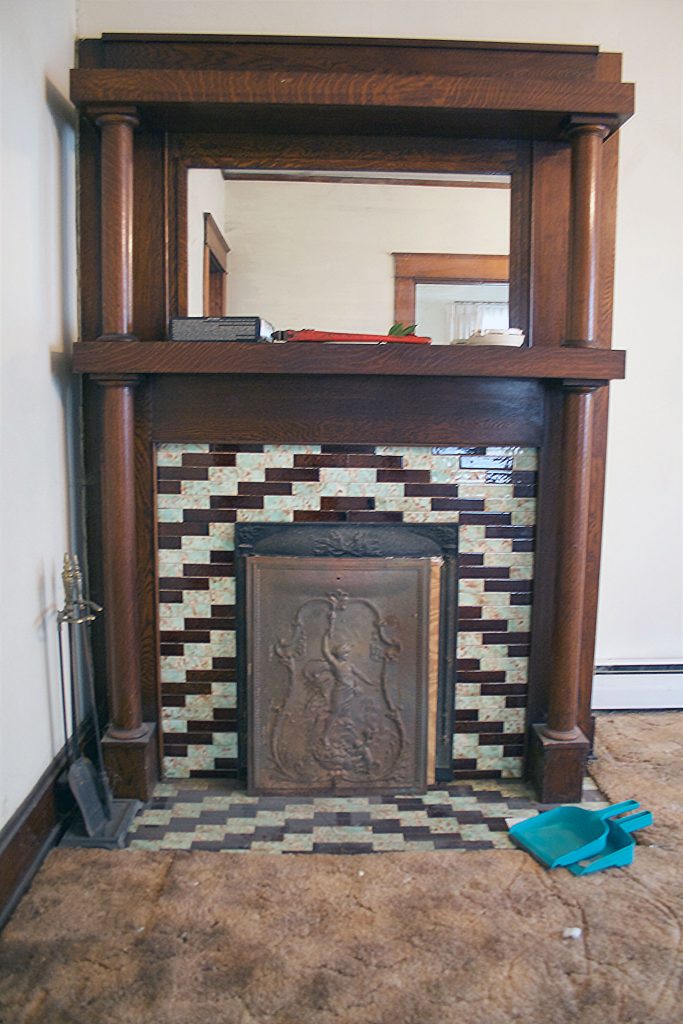 This house has a lovely fireplace. We’re huge fans of fireplaces and cozy wood-burning fires. Unfortunately, I knew as soon as I saw it that it was rather doomed. The placement is extremely awkward. Tucked right up against the very wall that will be removed (separating the dining room and the kitchen), this pretty fireplace is poorly located. And while I have a great appreciation for preservation, I knew that in order to make this house function for our modern family, we’d have to remove the fireplace mantlepiece and hearth.
Opening up this wall is my top design priority. It will improve the efficiency of this space and allow us the needed room for entertaining. 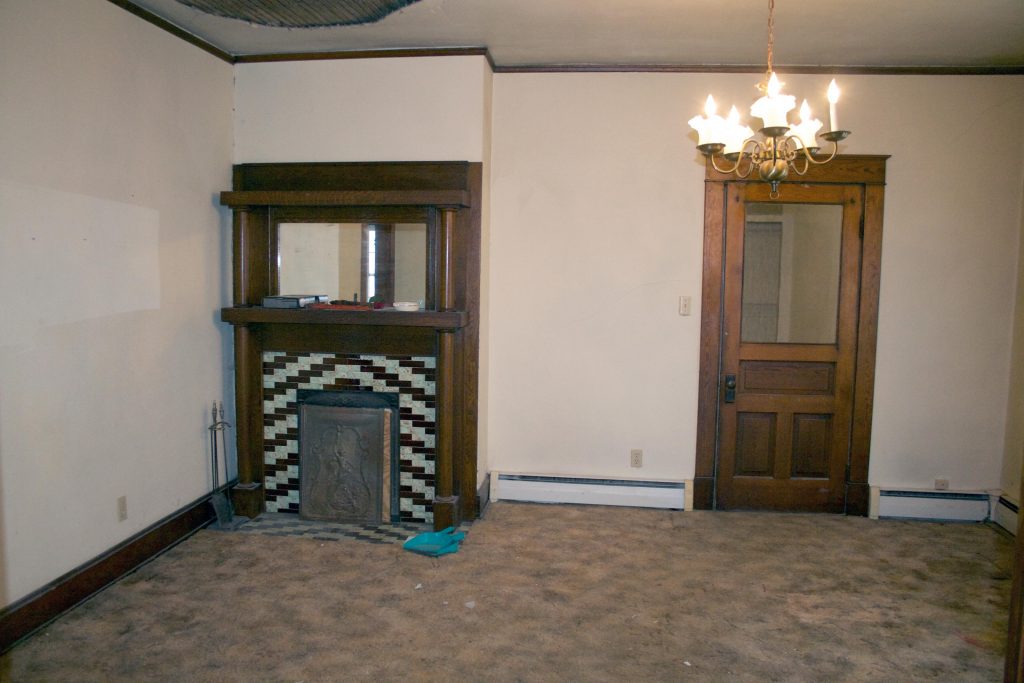 Another aspect of the dilemma that directed the decision to remove it is the fact that the actual fireplace itself is a coal-burner. The cost to convert a coal-burner into a wood-burner (or even a gas fireplace, ventless or other) is way beyond our budget! And while we could have certainly left it intact as a decorative element, the aesthetic value of a fireplace really leads a room. I wanted a decorative element that reflects our style, while still respecting the history and character of the house itself.

I decided that we’d remove all of the exterior fireplace surround, preserving it for someone else to use. Then we’d remove all of the plaster, exposing the brick from the floor to the ceiling on all 3 sides (one side will face the kitchen and is currently hidden in the wall).
We’ve done this job before and while it’s SUPER MESSY(!), the results are fabulous.

We’ll put the peninsula between the kitchen and the dining room. Then we’ll wrap the end and backs of the cabinets with beadboard as well as carry that around the fireplace stack, allowing us to not only solve the problem of the firebox hole, but also tie the two rooms together very nicely. I’m not yet sure of the final positioning of the peninsula, whether I’ll let it overhang the brick some, or if only the bar top will overhang the brick. I won’t really know the answer to that until the wall comes down, as I want to get a good feel for the newly opened space. 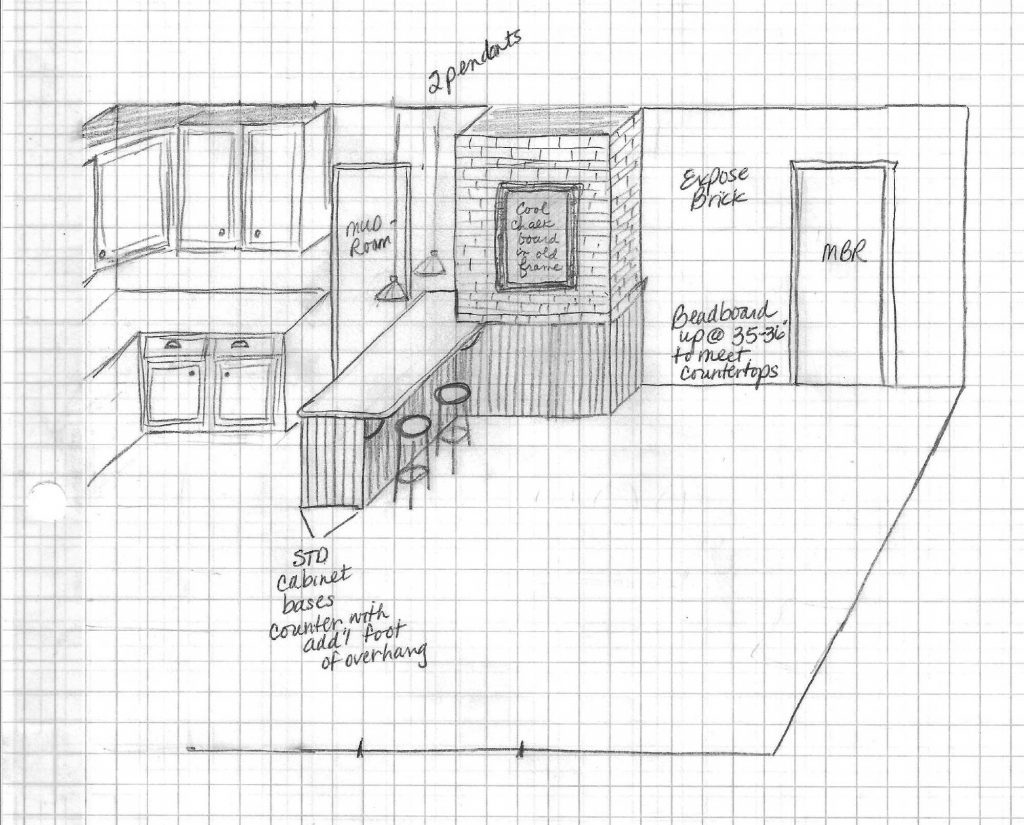 Welcome to The Harmonized Home! A place to find inspiration, encouragement and help in making your home a place that meets the needs of the entire family.